Home Gaming How to Pay For Your First Mount in WoW

Games with incredibly large worlds to explore often come with a mechanic that is both useful and necessary, as well as a fan-favorite. Just like in the real world, your in-game hero needs transportation. Fast travel and teleportation options are the classic ways through which fantasy titles like World of Warcraft solve the problem of too much time spent getting from one place to another. However, this does not and cannot work in all situations. This is why WoW has mounts.

Video game fans know all too well what mounts are and how they work. Various animals and monsters are used as transportation in games, as well as magical, fantastical, and mechanical beings. World of Warcraft has one of the most diverse sets of lore elements in the entire entertainment industry. Only Tolkien’s Middle Earth, the Wizarding World of Harry Potter, and A Song of Ice and Fire can really come close to it in scale, grandeur, and diversity. This has given the developers countless chances to introduce amazing mounts in the game.

In the game, having mounts is not just a question of getting to a place faster. They do run faster than your character can, and most of them also fly which is an obvious plus for exploration and travel. However, they serve another important purpose and that is prestige.

Mount collectors work hard to get every single obtainable one in the game, or at least the rarest of them all.

Now, there are quite few different ways to obtain mounts in World of Warcraft. Some of them are drops from the most difficult, raid-ending bosses. Their drop rate is abysmal at around 1% of so, meaning 1 out of 100 raids sees it in the drop pool following the death of the final boss. Even then, out of the 25 players in the group you barely have any chance to get it. These mounts are rare for a reason because it takes a lot of hard work and success to even be in a position to maybe see it drop, let alone get it. There are mounts that are awards for completing special achievements, meaning all you need to do is play the game enough and set certain goals to complete before you get it.

Another way to get a mount in WoW is to outright buy them. You can either do it from the NPC vendors or off the auction house. Numerous mounts are not bound to your character when you pick them up. As long as you do not click on the item for your character to learn the ability to call it, you can sell the mount for gold. They are very expensive, the rarest ones having prices as high as a million gold. Speaking of buying them, you can also buy certain mounts from the WoW shop for real-life money. They cost $25 which is a lot, especially considering the fact that a monthly subscription is $13.

Paying for One for the First Time

Once you are no longer satisfied with the mounts you have either because they are basic or because you want something fresh, you will be met with a decision. The only way you can get a flashy new creature to carry you around on its back in WoW is to pay for it. Now, paying for a mount is definitely not easy and it will set you back a lot if you are not careful.

The most straightforward way you can go about this is through a WoW mounts boost.

Boosting in MMORPGs like WoW is a common thing and it can be done for basically anything in the game. From completing raids and dungeons to increasing one’s PvP rank.

Players who have the best gear and who know the game inside out offer services that you can pay for and get the best in-game content. Mounts are among the most popular things players need but cannot get, and boosters are willing to do it for them for a certain sum.

Paying with in-game gold or teal-life money are the choices you have. Use the mount list from the bar in the game to pick the one you want. If it is still available to obtain, you should be able to find a booster for it.

You could also try to get one of the exclusive, expensive mounts from the auction house by yourself. For this you will need gold, and to get gold you can do many things in the game.

Some quests, both regular and daily, reward a lot of gold. You will get some from instances and from selling trash you find along the way. However, this is pennies in comparison to hundreds of thousands of gold you may need for a quality mount. If you want a mount that can only be paid for in gold, one that is not a raid boss drop, a world boss drop, or an achievement mount, you better level up professions and start earning some money.

Maxing out the most lucrative professions in the game is the best way to get gold. Crafting and selling stuff you can make after leveling a certain profession is the bread and butter of honest economy in WoW. It takes time and effort, but it can be done quickly if you focus on it alone. Chances are you will be doing this with your character already leveled out and with better than average gear. While you wait for your dungeon, raid, arena, or battleground ques, get to your profession and earn gold. You may earn so much in a short time span to have to pay for a bossing service and get an ever better mount than the one you hoped for.

Many players start off by collecting the easiest mounts to obtain, or buying the cheapest. It is really about not being bored with the collection you have, or having enough to change them all the time and never really get bored with either. Mounts are a really fun thing to collect in WoW and paying for an exclusive one has become quite common. Try it out yourself and you will certainly enjoy the experience! 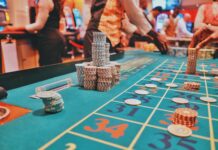