You’ve probably heard about both DOL and Star Delta starters. Both of these are the industry standard for starting methods, but what you might do not know is that these two aren’t as similar as they might seem. In fact, there are many differences between the two, and that is exactly what we’re going to talk to you about today.

First up, let’s start with something simple. One of the most obvious differences between the two is the cost. DOL is a noticeably more affordable option of the two. The difference between the two isn’t drastic, but if you need these in bulk – Star Delta will be the more expensive option.

Another thing that can help you tell one from another is the wiring. If you were to open them up, you’d notice that one requires significantly less cables, and that is DOL. A DOL starter only requires one set of cables, whereas Star Delta needs significantly more.

Another thing that separates the two are the components used in each one. Once again, a DOL starter is the one that is on the simpler side of things, consisting only of the main contractor and a thermal overload relay. Opposite of that, a Star Delta starter consists of three contactors, an overload relay, as well as a timer.

Because of the differences in the current, these two don’t have the same application. Essentially, what this means is, because of its high starting current, a DOL starter can only be used for small motors, up to 7.5kW or 10 HP. On the other hand, a Star Delta can handle almost eight times the HP of a DOL starter.

The main difference between these two lies in the working principle. A DOL starter means that you can power up the motor by connecting it directly to the power supply at the appropriate voltage. On the other hand, if you need to power up the motor by reducing the starting current – Star Delta is what you need.

There you go. Those were the differences between these two. Hopefully, we’ve done a good job of explaining them to you in the simplest way possible. 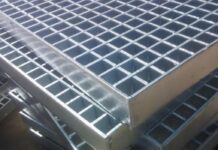 How to Choose the Right Floor Grating for Your Needs 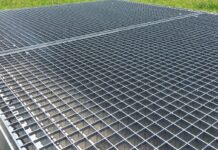 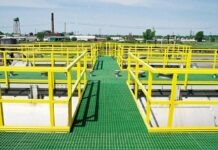