Home Cryptocurrency 5 Ways the Blockchain Will Radically Transform the Economy

The phenomenon that is cryptocurrency did not just come out of the blue over a decade ago, nor did it come alone. From the point bitcoin and the rest of the digital currency started appearing, we also began talking about other novelties and brand new technical terms entered our language. By now everyone knows them as they are almost synonymous with the currencies themselves. But do we actually know what they mean and what their description truly is?

Mining was not really a problem even at the very start, since it has its real-life counterpart. People instantly made the connection and realized that it is a digital process of obtaining new cryptocurrency. The names of the cryptos themselves did cause some confusion, as did their use and the whole existence for that matter. The most confusing of all, something people still have trouble understanding in its entirety, is blockchain technology.

The term sounds important from the very first moment you hear it. It has the ability to capture the imagination and practically makes you want to know what it is. However, not many knew it back then, and not everyone knows it even now, more than ten years later. It is a little-known fact that blockchain has its uses outside of the whole cryptocurrency market due to its amazing benefits to world systems. In this article, we talk more about blockchain and how it will soon radically transform the world economy. Read on to learn more and be sure to check out oschain.io for additional information.

Before we can talk about how it can transform our economy, we need to devote some more time to what it actually is. First proposed back in 1991, it really took off with the introduction of bitcoin in 2009. A blockchain is a digital ledger, a distributed database, that a computer network and its nodes share and access. It stores information in digital formats for anyone to add to or browse through. They are the core of every cryptocurrency system due to their decentralized and secure transaction records that are far more transparent than what regular money and banks offer.

The best thing about them and the initial reason why the technology gained so much traction is that there is no need for a third party that would mediate between the infrastructure and the clients. There is nobody there to impose laws and regulations, nor to take the cut of the earnings for it, which generates more trust across the board.

The reason why it is called blockchain is because of the blocks of information, sets in which everything is grouped and stored. When a single block is filled and it reaches its full capacity, it is closed and added to the ledger forming a chain. Hence the name. Newly added fresh information is added to it, and thus a longer chain is constantly being made. The timeline of data is irreversible in a chain which is important in the whole decentralization. A block is set in stone and it has its own timestamp. The alternative is the old-school database model of a table where it is much easier to pick, choose, edit, and mess with.

Today, apart from cryptos, blockchain is also important for decentralized finance (Defi), non-fungible tokens (NFTs), and smart contracts. These are all a part of the investment and business future, and blockchain is at the very core of every system.

The reasons why blockchain is capable of completely overhauling the economy as we know it are many and we will discuss them in the following section.

Due to the lack of human involvement in the verification of the processes usually included in economy sectors, the overall accuracy of systems based on blockchain is far greater. A lot of problems arise from inaccurate verification and poorly processed information, which would never be the case if more systems started utilizing blockchain.

By far the costliest aspect of the traditional, current economy model are fees that we have to pay to third parties. There is a small fee at every step of the way when one needs to transfer money as organizations and institutions take the cut and make their living off of it. Blockchain eliminates the need for these intermediates completely and there is nobody that takes the cut any longer.

Closely related to the cost reduction and third parties is the decentralized nature of blockchain. The word implies that there is no central power that controls the whole system like the governments and banks that control the world economy right now. Since there is no central power, nobody can tamper with the systems in place and abuse it for their own gain. This effectively means there cannot be any corruption and equality could finally exist in the economy.

One thing that most users and clients would change if they could is the overall quality standard of the transactions we still have today. They are not private, they lack security, they are not efficient in any way. Well, with blockchain leading the way, transactions are not only more secure and irreversible once they are done, but they are so private that they are actually anonymous. You do not need to put in most of your personal and financial info every time you buy something, a concept that is so foreign nowadays that it seems utterly impossible. Efficient, secure, and private transactions should be what the economy is about.

Most blockchain software is completely based on the open-source model, which means that anyone can browse the code used to develop it. This means that anything that exists on them can also be checked for security, from bitcoin and other currencies to the apps and novelty systems that are constantly being developed. The lack of authority that controls the things existing on the blockchain means that any user can suggest upgrades and changes to the system, and if the majority agrees with them they will be implemented with the new version of the code. It does sound like a utopia, doesn’t it? 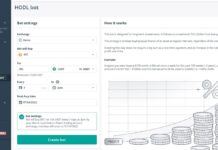 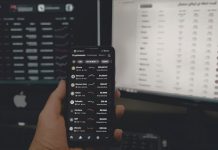 New Crypto Techniques to Give You a Leading Edge 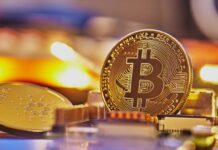 3 Reasons Why Bitcoin and Other Digital Currencies Are the Future of Money?