Home Health Why Does Talipse in Infants Need Immediate Treatment?

Talipes is also known as ‘clubfoot.’ While talipes is not a specific medical condition, it is used to describe a variety of foot problems that result in an abnormal gait or walking pattern. Talipes may be present at birth or develop during infancy due to several conditions that affect the bones, tendons, muscles, nerves, ligaments, and blood vessels that make up the foot.

It is a deformity whereby one or both feet are turned inward and up at the ankle, causing a limp. Infants with talipes are more likely than healthy infants to have additional problems affecting growth and development. Sometimes, the condition is caused by trauma or pressure on the mother’s abdomen during pregnancy.

Talipes can range from mild to severe. Mild cases have no treatment and go away on their own as the child grows older. But severe cases need immediate treatment to prevent permanent damage to the growth plates in the foot. Treatment varies depending on how severe the condition is. So why do infants with this condition need to be treated immediately?

To prevent arthritis later in life

Early treatment aims to prevent arthritis and other problems that can result from having clubfoot. With proper treatment, most children develop typically and don’t have any lasting effects from this condition.

In most cases, surgery corrects the problem. However, it’s essential to get a correct diagnosis from your doctor first, so you know whether your child needs treatment. If clubfoot isn’t treated early, it can cause pain, limping, and problems walking. In some cases, surgery isn’t possible after an older age because of the type of deformity.

Treatment is likely to require casting, bracing, and surgery. In the first few months after birth, treatment is typically cast. After that, children are fitted with a corrective shoe or brace to help keep the foot in the proper position.

The sooner the treatment begins, the better the chances of success. Suppose treatment is delayed for more than six months. In that case, it can be more challenging to treat surgical procedures that include shortening the Achilles tendon with a tendon transfer or lengthening of the Achilles tendon called an Achilles tenotomy and reconstructing the arch called an arthrodesis. Surgery may be recommended if nonsurgical treatments fail or a deformity that interferes with walking.

After surgery, children are required to walk with crutches for approximately three months until they can walk without assistance. After they can walk independently, they should wear corrective shoes that provide support and stability to the foot.

Can be difficult to treat when delayed

Treatment of talipes equinovarus (TEP) in infants must be undertaken immediately. If the disorder is left untreated, it can lead to permanent disability such as reduced mobility and deformity. TEP is severe enough to cause a baby to have difficulty walking. A baby can be treated with an orthotic device that straightens the foot with a mild case. The orthotic device or cast used on a baby during treatment can prevent recurrence of the disorder by keeping the foot in its natural position.

In addition to causing a malformation in the appearance of the infant’s foot, it also causes problems with balance and mobility. 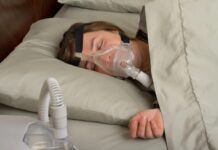 Importance of Wearing a CPAP Mask for Sleep Apnea Sufferers 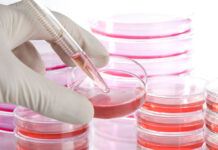 How to Repair and Protect Your Skin from Sun Damage